Bodypower 2018 and The Apprentice

This year was my 3rd visit to Bodypower, it seemed a lot quieter than previous ones I’ve been to, as it felt there were a lot less people and many large brands were not present this year e.g. Optimum Nutrition, BSN, MyProtein and others. Which is hard to imagine a fitness expo without them.

Another thing was there wasn’t many athletes compared to previous years, the only famous athlete I had met was the legendary Mr Olympia 212 Flex Lewis.  We queued up for 1-2 hours to meet him and we had a brief chat about Bodypower, travelling from Wales as he’s from Llanelli and our holiday in Florida, as he currently lives in Miami. 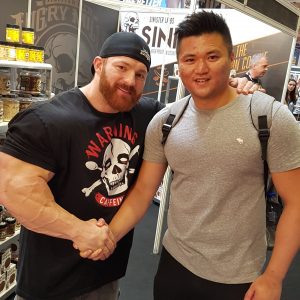 One reason for this was probably because that Gymshark had their own event on the same weekend in the same city in Birmingham. Usually they have all the big names in expos e.g. Steve Cook, David Laid, Ryan Terry, Nikki Blackketter, Whitney Simmons etc. Gymshark decided to no longer do expos and have their own events instead. So this was probably partly the reason for the lack of famous athletes and people at Bodypower this year.

Here are the freebies I got:- 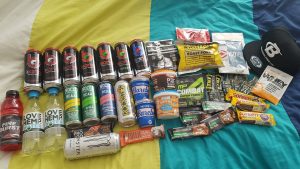 Also near the end of the expo, I had a bit of a odd experience where a woman wearing blue approached me and asked if I was interested in buying a charcoal facial scrub, I turned her down and said I wasn’t interested. As I was walking away, a guy stopped me and said they had filmed me speaking to the women with the charcoal facial scrub, he asked me to fill in a consent form, at that time I was a bit confused but was like “yeah why not”. That experience had baffled me for a while until finally I found it what it was all about.

It turns out that Bodypower was featured in one of episodes of The Apprentice where one of the task was to sell and provide a service at the expo. After watching the episode for the first time I didn’t notice myself on there, and then I watched a replay of it on Sunday and noticed me making a brief experience. I went on BBC iPlayer to watch it again.

It all came back to me and I remembered a bit at the end where I could have been featured, so watched that bit again on iPlayer and then I recognised this part:- 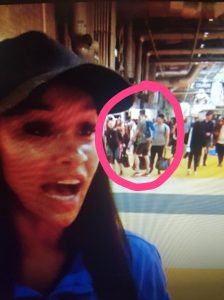 Sian the Winner of this year’s The Apprentice talking, and there’s me in the background.

And there’s Camila running towards me and trying to sell me the charcoal facial scrub:- 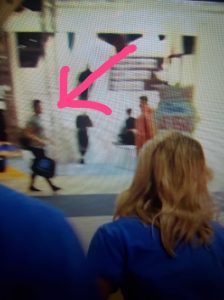 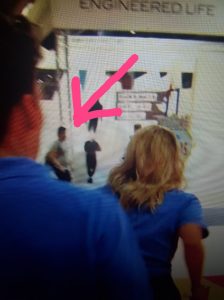 Unfortunately they didn’t show the bit of her trying to sell to me but now it all makes sense!