Much food was consumed during my time in Canada and also tried new things, here are some food highlights from the trip:- 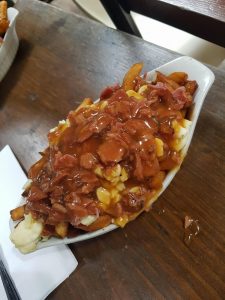 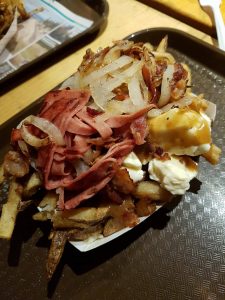 Never had poutine before and it was one of the things I wanted to try while in Canada. The first place I tried was in Montreal with smoked meat in some kind of pub restaurant, then I also had it in Quebec in some kind of snack place which was even better than the one I had in Montreal. Probably makes sense as Poutine originated from Quebec. 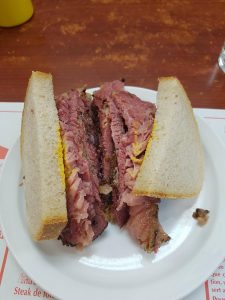 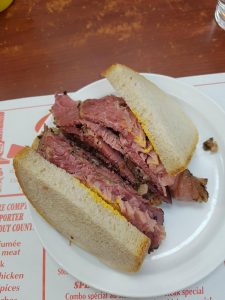 Apparently this place is world famous for their smoked meat and is owned by Celine Dion, we had to queue up for about 10-15 minutes before we got in and I opted for the popular Smoked meat sandwich. 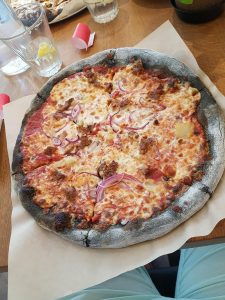 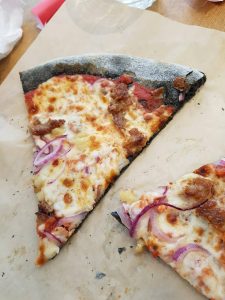 The Charcoal food craze has not yet hit the UK although it’s in Asia and North America, and currently trending big time on Instagram. Just like the Matcha Green Tea trend, there are now Charcoal infused flavoured food such as Pizza, Ice cream, Croissant, Smoothies, Buns etc. I decided to check it out while in Canada before it reaches the UK.

I tried the Charcoal Pizza with meat toppings and onions, and when I say it’s Charcoal I don’t mean it’s burnt, it’s charcoal infused crust! Taste wise. it tastes the same as a normal pizza. 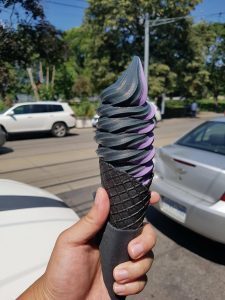 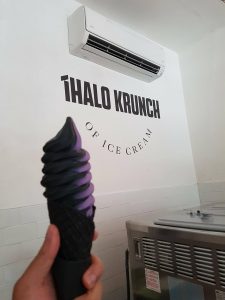 If I was going to try Charcoal Ice Cream in Toronto, it would have to be the famous iHALO Krunch which is the first place in the city to have this and is trending on social media. My first day I saw this place on TV as it was being reported in the news of this new craze.

When we got there, as expected there was a queue outside the place, apparently it would usually be a 15 minute wait, but we only waited around 5-10 minutes. You could tell the Charcoal Ice Cream is popular on social media as the first thing everyone would do when they got their ice cream was to take pictures of it. The cones are charcoal infused so no it did not taste like burnt charcoal, it tasted like normal cones, ice cream wise I got the Ube (purple) and Charcoal infused coconut flavour. 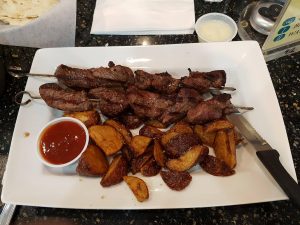 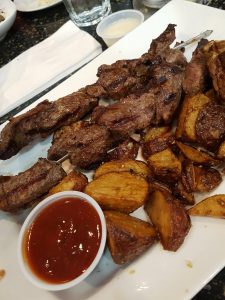 This was probably the best meal I had during my trip, started with some salad and Laffa (like a pitta bread) with dips. Then had a Beef Shish Kebob with red potatoes, it was amazing! I’m actually hungry thinking about it right now. 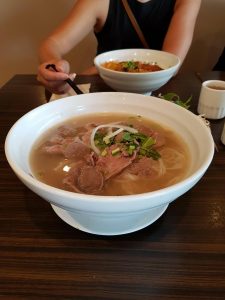 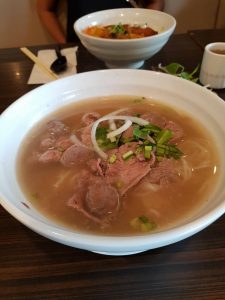 Pho was just Pho, I did order a large bowl and it was pretty big, I don’t think the picture does justice to how big the bowl was. However as usual there is never large enough bowl for me and I finished it pretty quick. 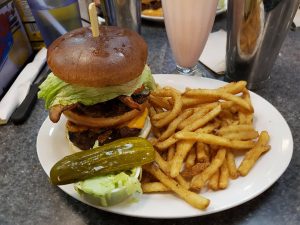 For dinner in Ottawa I opted for a Zak Attack burger, however I had no idea how big it was. It was probably the largest burger I have ever had, only burger I can think of in the past that comes close is Tinseltown’s Challenge burger which contained 4 patties, although this one only had 2 patties, they were pretty big. Near the end each bite was a challenge and took me around a minute to finish each bite, but with some support I managed to finish it all and then also the fries, just leaving the pickle at the end. 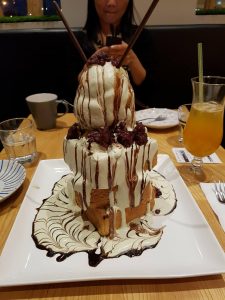 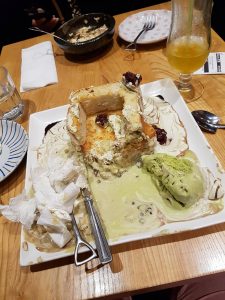 The pictures does no justice to how big the dessert was, for only around $16.99 (£10.25) I had no idea it would be that huge. Once I ordered, I was looking round and noticed that people would get this and share it between them! Usually this was shared between 4 people!

Managed to finish about half of it, also just to point out, I had dinner before this dessert. 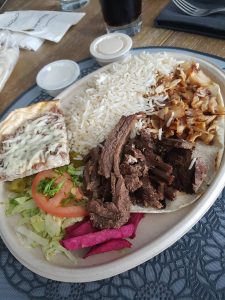 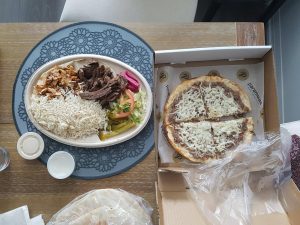 Had this twice during my time in Canada, it was ok and nothing special. First time was a takeout which I had Chicken and Beef Shawarma with Beef and Cheese Manakeesh, I thought it would be like a pastry but it was actually some kind of pizza. Portions were pretty generous for the price and it also came with pitta breads. As you can tell from the picture above the beef shawarma was a bit dry but apart from that it was pretty good.

Second time was in the airport which I had a Chicken Shawarma wrap,  and it was ok. However I should have tried something different like the Shish Tawook as previously I already had a shawarma. 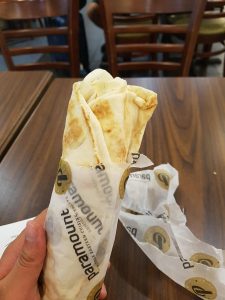 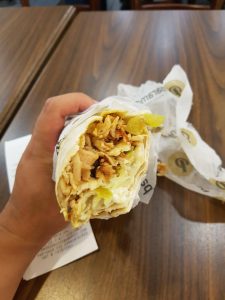