One of the best food finds in 2016 for me are the Grenade’s Carb Killa Protein Bars. I had always wanted to try them however they are pretty expensive as they cost £29.88 for 12 bars on Grenade’s website which works out £2.49 per bar and the cheapest I was able to find online are from Musclefood and Cardiff Sports Nutrition website, costing £19.99 which works out as £1.66 per bar.

However during November’s Black Fridays deals I was able to find a bargain on Grenade’s website with everything 50% off. I decided to buy two boxes, which cost £14.94 (£1.25 per bar), which was a price I was willing to pay for the bars. I then decided to make a second order and buy another two boxes as I felt it was a bargain and decided to stock up.

I brought four different flavours and the order of my favourite bars are: – 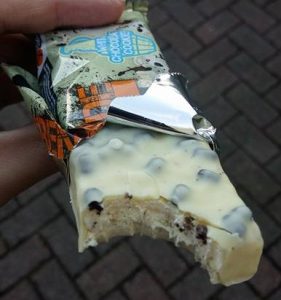 Tastes Amazing! Doesn’t taste anything like a protein bar and tastes as good as a normal chocolate bar. Coated with white chocolate flavour, which tastes a bit like Milky Way and really crispy/crunchy with the chocolate chips on the top. The bar is not chewy at all with a vanilla base and white chocolate caramel. 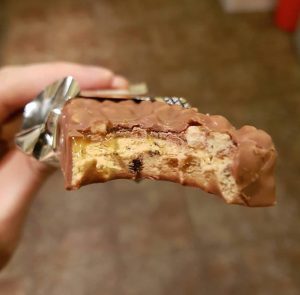 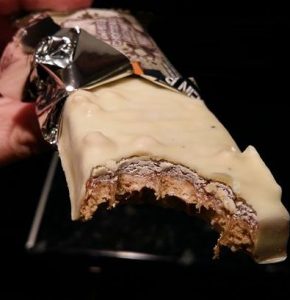 Unfortunately the only flavour that had the texture of a protein bar was the Fudge Brownie, I found it a lot more chewy and you can tell you are eating a protein bar. The flavour still tastes good but just not as amazing as the others and was my least favourite bar. I was a bit disappointed with the Fudge Brownie as I thought it would be the best flavour but the base was just like the standard chewy protein bars. Doh! Apologies, I forgot to take a picture of the bar!

Instead of just eating them as bars, I would use them to make Carb Killa Dessert by cutting them in pieces and heating them up with the microwave, then mixing it with yogurt and some Walden Farms Caramel syrup. This dessert is low in calories, carbs and zero fat! Recipe can be found here,

To sum it all up, Grenade Carb Killa are one of the best protein bars out there (probably the best), the only ones that I have found that tasted as good are Protein Dynamix’s Dynabar which tastes like Toffee Crisp bars. However they contain slightly more calories and fat than the Carb Killa bars also with 10g more carbs!

I am hoping to try the Cookies and Cream flavour in the future as I have heard they are pretty good!